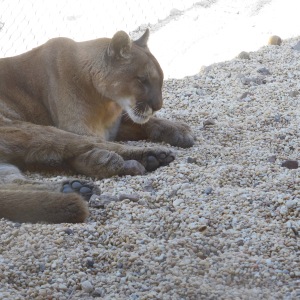 Now that I’d recently mailed (yes, mailed!) off the postcard that came with my previous individual Atelier Cologne sample, I felt entitled to open another one. I’d been looking forward to trying Poivre Electrique, as it had intrigued me in the store on my last NYC sniffing tour, after all.

It was intoxicating at first. I imagined myself rushing into an Atelier Cologne atelier at the very next opportunity and buying a full bottle. What would I get engraved on the leather casing?

The top notes were spicy—as one would expect from the eponymous pepper—and juicy fresh (bitter orange), and reminded me of a Dior cologne sample I’d gotten when I was an impressionable child (nostalgia never fails to sell, as marketers well know). I was still intrigued, as it had a je ne sais quoi… literally, as I didn’t know enough to identify what I was smelling down to discrete notes.

I was pleasantly surprised that, perhaps due to the novelty to my nose, I could smell it quite distinctly for the first few hours even though I’d put on only a conservative amount. Later, I realized (after reading about it) that it must have been the Turkish rose holding everything together that fed my intrigue.

After a few hours, though, it started to annoy me. I’m not sure why. It just fell flat, like bland vegetables clamoring for attention by the sheer power of their incessant presence. It must have been the incense, reminding me of wooden shelving in a room in which I would rather not have been (or creating false memories of such), rather than of perfume.

In the span of the past week, I’ve had 2 unrelated close friends tell me—independently, unprompted—that they find social interactions tiring and taking a lot of energy. Quintessential introverts, just like me. It made me reflect on how we’ve adapted to said interactions, in one way by front-loading the exuberance that usually accompanies a superficial, friendly exchange. After the cues have been delivered, it feels more acceptable to retreat back into a resting state of quieter friendliness.

This is as far as the perfume metaphor goes with Poivre Electrique, which to my nose has degenerated into unfriendliness after the initial infatuation. Some good things come to an end sooner than others…

© Nose Prose and Righting the Write, 2015-2021. All text and images are my own unless otherwise attributed. Excerpts and links to this material may be used, provided that full and clear credit is given with appropriate and specific direction to the original content.