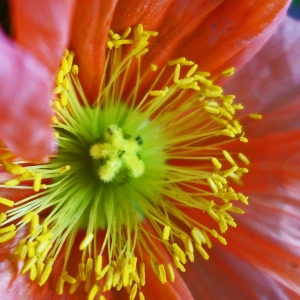 All fragrance is unisex. Candles and incense aren’t divided into “his” and “hers.” The only reason we’re so used to the idea of perfumes for her and colognes for him is because of marketing, which began before it was widely known as “marketing.”

One day when I was a teenager, I was captivated by an edgy fragrance emanating boldly from another girl. I asked her what it was. “Oh, I like to wear men’s cologne,” she explained. It took me a few long moments to wrap my head around that concept.

Soon I got into “unisex” fragrances, which in my understanding those days consisted entirely of aquatics. Oceanus by The Body Shop was my first, and I figured others were simply more expensive variations.

Eventually, and purely by chance, I was given my first bottle of “cologne,” Gucci Nobile. It was a refreshing aromatic fougère (although I didn’t know it at the time) and wearing it gave me a sense of unadulterated happiness and confidence that I could take on anything. I was surprised and disappointed to find out, many years later, that it got discontinued. The only other fragrance that spontaneously brought back those emotional memories of its own accord was π by Givenchy, but only at the beginning of the bottle I bought. (It’s lovely, but a bit too caramel gourmand for me.)

Since then, I’ve been buying whatever speaks to my nose, regardless of its target audience. These days, I feel that most fragrances I like would be equally enchanting on a wearer of any sex. (And fragrances I dislike, equally repulsive.) I’m glad that some fragrance houses acknowledge and advocate that. Goutal’s creative approach to having the best of both worlds—bottling the same fragrance one way for women and another for men—makes me smile.

Along those lines, perfume is really more like an accessory than clothing. It’s the accent piece that completes the physical expression of your presence. This logic supports either wearing the same “signature scent” all the time or a different one every day. Voilà!

© Nose Prose and Righting the Write, 2015-2021. All text and images are my own unless otherwise attributed. Excerpts and links to this material may be used, provided that full and clear credit is given with appropriate and specific direction to the original content.