Tea has often been associated with calm for me, and during the past couple of weeks, my tea consumption has increased. Not least because I’ve had some lying around for a while and not had the time to drink it before.

As someone who likes smoky aromas, I only fairly recently discovered Russian Caravan black tea, “whose flavor was defined by a 6,000-mile trans-Russia caravan journey, where tea sacks would pick up flavors of campfire before heading to Europe.” From MEM Tea, tasting notes include sweet smoke, cabernet, and ripe dates. A “wine-like infusion.”

I must admit that I don’t get oenological flavors from it, but it is a smokier version of regular black tea.

Later in the afternoon, I maintained momentum with some Häagen-Dazs green tea ice cream, pure sweet cream and matcha smoothness. 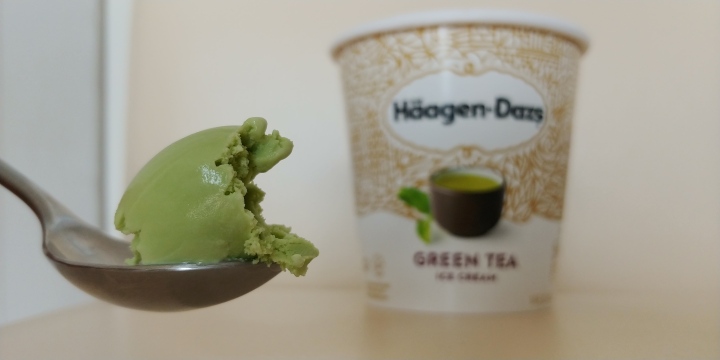 In the evening, after a (brisk) walk around the neighborhood, I rounded things out with a can of Earl Grey tea cider from Far From The Tree. It’s a nice, crisp, off-dry cider, with a (could it be?) smoky undertone—even if I have to talk myself into perceiving the Earl Grey tea. It’s a modest earl if ever there was one, staying clear out of the way of the fermented apples in their 6.8%-ABV incarnation.

Of course, I needed a tea perfume to complete the experience… The only one I have now (besides the one I made, with some guidance, at a 4160Tuesdays workshop last summer) is Incantation by Rouge Bunny Rouge, from their Fragrant Confections perfume collection. I had bought a full bottle last year, and I looked it up to check the notes today only to find out it has been discontinued. What a shame! It comes in a heavy bottle with a weighty cap and is really quite lovely—listed notes include:

I relish most of those notes in perfume, and having them all together turned out well, too. The aroma emanates a youthful hedonism, perhaps accentuated by the blackcurrant tempered by mild citrus and floating on musk and cedar, with a healthy dose of lush green fig and—tea. Although green tea is supposed to be the main theme of Incantation, it’s much more like white tea to me as long as the top notes are dominant. The perfume itself is quite rich and sits on the skin for a while. After an hour or so, when the rose and vetiver start to take over and the liquid has evaporated or been absorbed, the tea note becomes (there it is again) smokier and more like green tea at the same time.

To me, Incantation is more a fig-rose intrigue than a “tea perfume,” but—as my other half is prone to say when faced with a dilemma—why not both!?